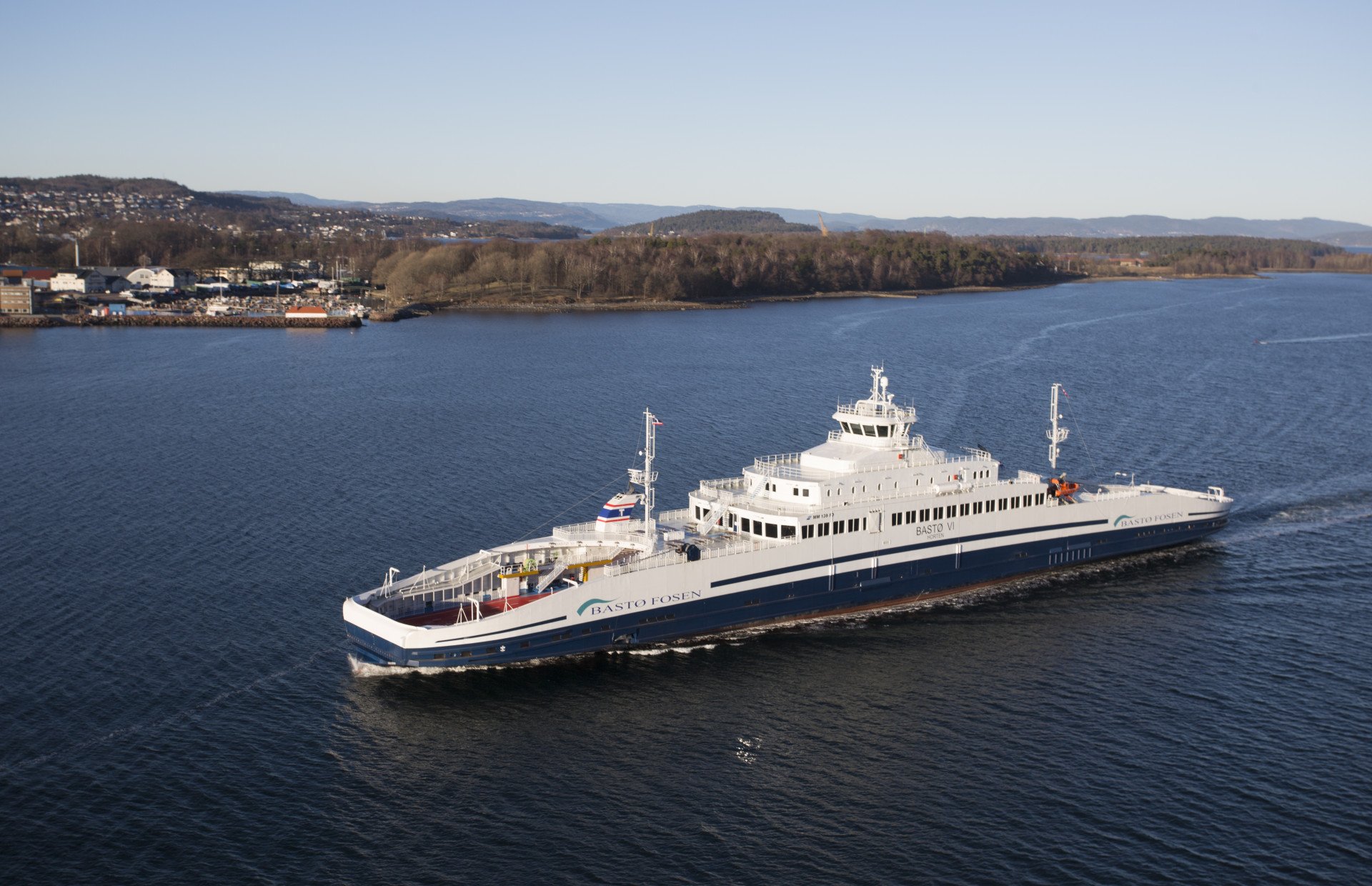 NB46 Bastø VI is delivered by Cemre Shipyard to Norwegian company Bastø Fosen. The vessel to be under service on Moss-Horten route which is the one of the busiest ferry line in Norway as part of a tender issued by Norwegian Public Roads Administration for 10 further years from year of 2017.

The longest ferry in Norway with 142.9 meters length and 20,7 meters beam dimension is capable of carry 200 cars and 600 passenger and has loading & unloading capacity efficiently in a few minutes on both end of the vessel. Multi Maritime Ship Design designed the project with MM139FD design number according to the event of an individual fault, or damage, at least 50 per cent of the propulsion and electrical power will remain with separate engine & propulsion rooms and systems.

The GE 8 L250 MDC engine based on IMO Tier III and EPA Tier 4 requirements is used on each end with directly connection by shaft line to AZP100 pulling type thrusters. Thanks to close cooperation with designer and owner, 25-30 per cent lower fuel consumption than the existing ferries plying the route is achieved as a result of energy consumption efforts during design phase. In additional to fuel consumption and reduced NOX emission, heat recovery is also used to increase energy efficiency combine with central heating system and air handling unit heat recovery technology.