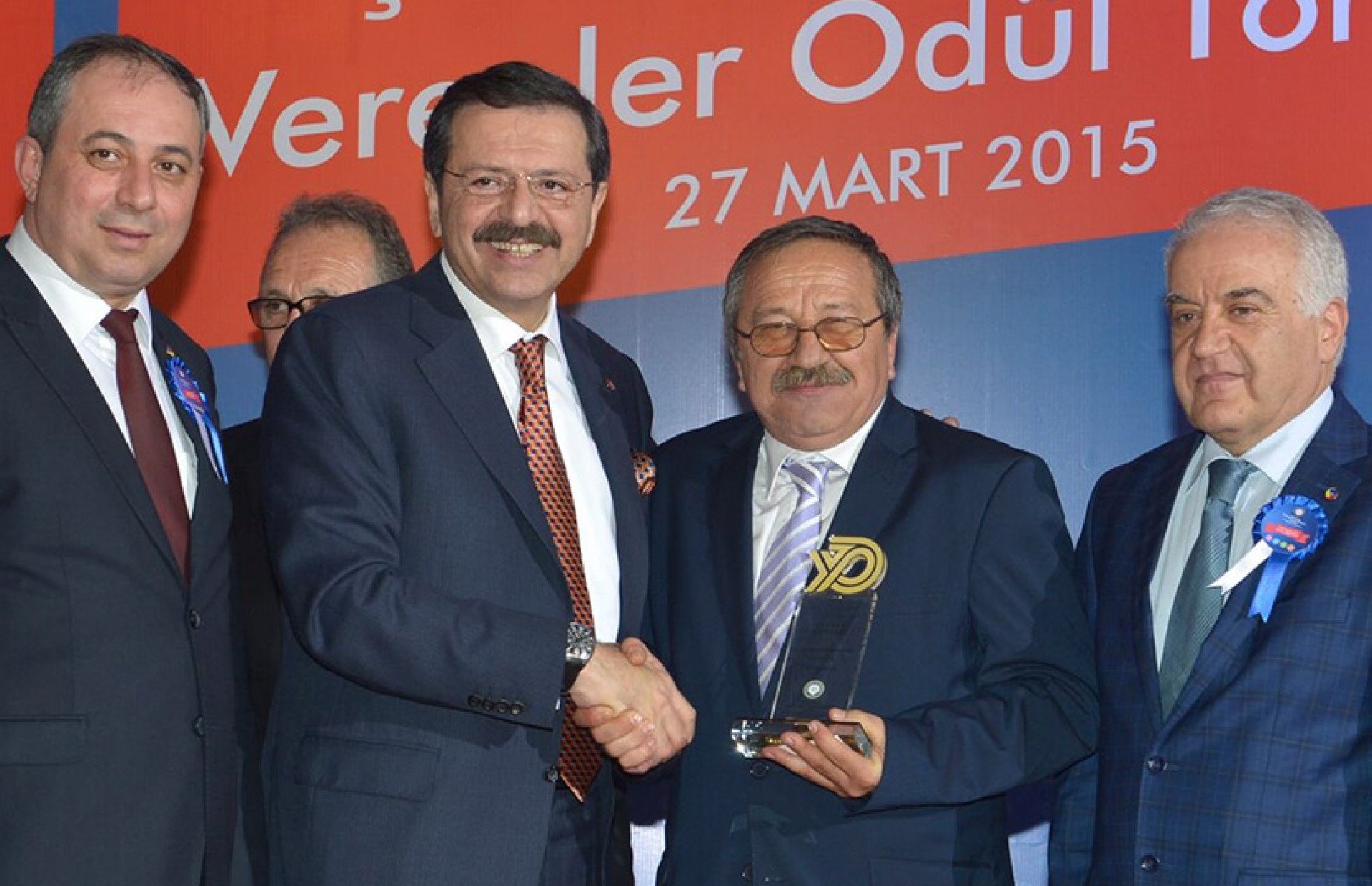 The Business World Award Ceremony hosted by the Yalova Chamber of Commerce and Industry had been organised at Altan Kültür Merkezi on 27th of March 2015. TOBB President M. Rifat Hisarcıklıoğlu, Yalova Parliamentary Representative Muharrem İnce, Yalova Governor Selim Cerbioğlu, Yalova Mayor Vefa Salman, Yalova TSO Board Chair Tahsin Becan and many guests attended to the ceremony. After speaches, the members of the Yalova TSO who paid the highest amount of taxes in 2012 and 2013 were presented their awards. Cemre Marin Endüstri A.Ş. won 3 awards including second biggest exporter company in 2012 and 2013 and 5th of the Corporate Tax in 2012. Mr. Orhan Gülcek, Chairman of the Board of Directors of Cemre Shiyard, and Mr. Hüseyin Toftar,Member of the Board of Directors, got the awards on behalf of Cemre Marin Endüstri A.Ş.